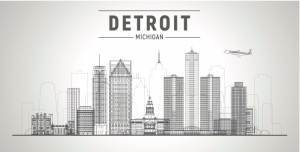 If you’ve landed here from The Detroit Project, hello! I’m excited and honored to be featured by the kind and artistic folks over at TDP. The city has been a big part of my life, having attended school and worked for many years in Detroit. It’s a vibrant place filled with grace, grit, and loads of vitality and beauty.

Thanks so much, The Detroit Project! Kudos on your efforts to bring creatives together!

As a welcome, I’m featuring one of my short stories here. I’d like to invite you to read, Remembering Lily. Thanks for visiting!

“Annie, look who’s come to see you. It’s your daughter, Lily.” Hearing her name spoken out loud, Lily cringed. She watched the young aide place two beige pillows behind Annie. Holding the old woman’s hands, the aide coaxed her forward to prop her up. Lily set her briefcase down and sat on the ottoman facing her mother.

“Hi, mom.” Her mother didn’t move. It wasn’t like Lily expected her to, but some acknowledgement would be nice.

“I’ll leave you two to talk, Lily,” the aide said. She gently patted Annie on the back before turning to walk away. At the mention of her name again, Lily nodded her head, irritated. She’d always hated that name.

It was a weak name, not fitting for one arguing across courtroom tables. As soon as she’d passed the bar, she started going by L.K. Stein. Why her mother hadn’t just named her Katherine to begin with, she could never understand. Katherine was a good strong name. She’d considered using it, but decided against it at the last minute, thinking that with L.K. there was the possibility of surprising an opposing attorney with her gender. Anything that might throw them off their game could come in handy. And, L.K. exuded power. Lily did not.

Her mother took a moment before looking up to see the face that belonged to the voice seeping into her thoughts. It sounded familiar. Maybe a cousin, a friend from long ago. Yes, definitely a cousin. But what was her name again? It was out there, beyond her reach. Try as she might, she just couldn’t grasp it with the clutches of her mind. She seemed friendly. Annie smiled.

Then, it was there. This was no cousin, this was Lily. Lily had come to visit. She’d not seen her for so long. Annie willed her body to jump forward to embrace her. But her arms didn’t follow the path directed by her mind. She slumped forward instead.

“I’ve brought you something,” Lily said. “Something Aunt Helen wanted me to give you. She sent it awhile ago, but you know, I’ve had meetings nearly everyday…” Lily let her voice trail off. What was she saying? Her mother wouldn’t care about her job. Annie never had a career, just settled for raising her kids, volunteering around the community and tending her garden. That blasted garden, meant more than any of us, Lily pursed her lips at the thought.

“Anyways, Aunt Helen sent this book for you. I think it has some photos of your old house from when you were little.” She pulled the book from her briefcase and handed it to her mother, placing it on her lap. Annie just sat still, eyes focused down.

My gosh, can she even see it? Lily sighed, exhaling frustration at her mother’s apparent inability. This was futile, she was sure. She reached for the book and opening it to the first picture, leaned it up so her mother could see.

“Well, this must be you and Aunt Helen. Is that your Dad?” Lily waited for an answer that never came. She pointed to another photo, this one of a frail woman with black hair loosely pulled back. In front of her stood three children, two young girls and a little boy. “That’s your mother, right?” The woman in the photo had a smile on her face, but it looked forced. Scrawled in the corner, the date read May 12, 1938. “Must’ve been taken just before the war.”

Still no response from her mother. The picture was loose, so Lily placed it in Annie’s lap before picking up the book and turning the page.

Deep down, dormant memories like bubbles began rising to the surface. Annie could feel them. They lay just on the periphery of her grasp until slowly, one centered in her thoughts. “Mama.” The word echoed in her mind in a child’s voice from so long ago. Wrinkled lips struggled to form the name she once called as a small child. Of course, it was her mother.

Lily had already gone through two more pictures, but Annie sat looking intently at the faces staring up at her from her lap. It was a winter scene. Annie felt it instantly — the frigid cold. It hit her as if she were standing in the snow in front of the house in the picture.

Lily had never seen the house her mother had grown up in. She knew little about her mother’s past. Annie had rarely talked about her childhood. Lily and her brother, Noah, assumed her silence had something to do with the war. It never bothered Noah. But, Lily resented that the silence was there at all.

Sure, she’d been nurturing when Lily was young, but the fact that she’d never opened up about her past bothered Lily. Once Lily got older, she had little time for Annie. As a teenager, she’d wondered if her mom even wanted her, given the chasm between them.

And there was always Annie’s garden. Her mother loved that garden. Might as well have been another child, Lily thought. Annie was a good gardener and had spent countless hours tending it. The day Lily left for college she’d stood in that garden, wondering what her mother could possibly see of interest in those flowers that received so much of her attention.

Annie’s cough tore Lily from her thoughts. She looked at her mother, so small and weak sitting on the mossy green couch. She looked like a helpless child, like the shy girl in the picture. Annie had always seemed weak to her and weakness was something Lily abhorred in herself and others.

Lily felt like she’d burst if she had to stay any longer. She bolted off the ottoman, looking at the Cartier on her wrist. “Well, mom. Wish I could stay longer. But, you know. I’ve got a meeting this afternoon. Got to get out of here or I’m going to be late.” It was a half-truth, but she didn’t care. She placed the open book back in her mother’s lap, then bent low with a kiss that never reached Annie’s cheek.

“See you, mom.” Lily started down the hall. “Enjoy the book,” she said without turning back. She walked fast towards the main hall leading to the exit. If she could’ve run without looking the fool, she’d have sprinted to the door.

She hurried to the parking lot and pulled out her phone, dialing her brother who she was sure wouldn’t pick up.

“Yeah… what’s up, Lil? What are you doing calling so early?”

Lily stumbled on her words, surprised to hear his voice. “I…I just wanted to say I just visited   mom.”

“I brought her the book Aunt Helen gave her. You know the one with the pictures.”

“You mean the one she gave you a year ago?” She could almost see Noah shaking his head in disgust.

“All right. Enough. Yes, that book. I know…I know I should’ve brought it sooner. But, it’s been really busy. You know I’ve got meetings and…”

“If you call staring into space interest, then I suppose yes.”

“Geez, Lil. Give the woman a break, she’s got Alzheimer’s.”

“Yeah, fine.” Noah hung up quickly and Lily could hear the silence, as she fumbled the phone to shut it off. She turned and looked towards her mother’s room with a view out to the parking lot and the stamp-sized garden. She thought she could see her still staring down at the book. Lily shook her head and got into her car.

Inside, Annie had turned the page as Lily was leaving. She’d been staring at the same picture ever since. It was another one of the house. It was the house she grew up in, she knew. The one of so many memories. The picture was taken as spring turned to summer, full of sunlight. At one time it was a happy house, filled with laughter and the smells of Mama’s Bienenstich, the cake with the name that made her laugh as a little girl – Bee Sting Cake. Looking at the picture now, Annie felt a heaviness. A sadness came over her. She sat intent on remembering.

The young aide who’d brought Lily to her, walked up to the couch. She walked softly, to not startle the old woman. “Annie, what are you looking at? Can I see?” The aide gently took the book from Annie’s hands, making sure to turn it, so they both could view the picture.

“This is beautiful,” she said. “Is this where you grew up?” She looked to Annie for a response. Annie crinkled her brow.

The photo was glued into the ancient book over half a century before and was loose. As the aide touched the tip of the page to turn it, the picture came undone and fell to the floor. “Oh, Annie. I’m so sorry,” she said. She picked up the photo and turning it in her hand, she could see some script on the back. It was a handwritten letter dated February 13, 1949. She scanned the words and then began to read them to Annie.

I came across this photo of our old house & wanted you to have it. So many years of laughter & good memories. And then, we both know, so many of hardship & darkness. You can barely see the door to the cellar where we hid those long, dark years.

But, look at the lilies, Annie! Oh, those lilies! So beautiful in June. I remember how much you loved them. The hours you’d sit & just stare at them through that tiny crack in the cellar door. They brought you such joy. Wild lilies…the most important thing to you that awful summer. You could see them reaching for the sun. Remember how the breeze would carry their scent down to the cellar. It made you smile.

I knew you must have the picture, sweet girl. Remember the good, Annie. It was always there, even in the worst of our times.

Lilies for my Annie. My gift to you.

Annie’s eyes grew wet. “How beautiful, Annie. A letter from your mother…all these years later. What a gift…I’ll leave you to look at it.” The aide carefully placed the book and photo on Annie’s lap before walking away quietly, to not disturb her from her memories.

Outside, Lily fidgeted in her car waiting for the light to change. The arrow flickered green and she sped out of the parking lot.

From the couch, Annie looked up from her mother’s letter to peer out the window, remembering. “Lily,” she said, her voice a whisper.

Originally published in The Examined Life Journal, Fall 2015, Issue 4.2, The University of Iowa Carver College of Medicine Writing and Humanities