Bananas, Stars & the Gratitude of a Child

It all started with the word “banana.” It’s not a complicated word. Rather a fun word to say, but quite difficult for a little one struggling with speech. We spent countless hours working with our daughter, Sofia, along with her speech therapist, on the elusive “banana.” Finally, after sometime, she got it. That was two years ago.

Which is why when she came home asking for an “amph,” we had absolutely no idea what she wanted. After several tries and a game resembling something like charades, my husband and I landed on the intended word. “Banana.”

How does one go from saying “banana” to something resembling nothing like the word? I don’t know. But given my daughter’s love for the fruit, it was crucial to work on it again. Fortunately, it didn’t take long before “banana” sounded like “banana” again.

Struggles with communication and speech are a reality in our lives. Each day new words pop up for us to decipher. As her mom, I often wonder how well others understand her and the impact it has on her ability to communicate effectively.

Weeks passed and we were at my in-laws after a fun day visiting with aunts, uncles and cousins. It was late and I held Sofia’s hand as we walked out of the house and into the night air. I stepped into the drive holding her pint-sized suitcase in my other hand and was immediately pulled back by tiny fingers tugging at me. My daughter had stopped abruptly.

I turned and looked down to see her face raised, eyes fixed on the dark night sky.

She was awestruck. Mouth gaping-wide, awestruck at the sparkling lights suspended on a canvas of midnight blue.

Setting down her rainbow colored luggage, I stood next to her and put my arm around her. I followed her gaze up to the dotted night sky. She’d not seen the stars before. Ever. And she was mesmerized.

Apparently, we followed our bedtime schedule so well, that at the age of seven she’d never seen the stars in the sky. I laughed to myself, knowing that we’d made the same mistake with our son, coming to the realization when he was nearly five after a late trip home. Somehow, we’d done it again.

“Wow! So beautiful, Sofia. Aren’t they? You know who made the stars?” I ask.

“He calls them out, one by one, every night. They each have a name,” I tell her before stepping off of the porch. I carry her suitcase to the car and quietly thank God for her watershed moment with the stars. As I lift the bag into the trunk, I hear a tiny voice coming from the porch. A single voice…in conversation. I peek around the open trunk to see if I’m the intended recipient of these words, only catching wisps here and there.

My daughter stands face to the sky, hands clasped, talking to the maker of the stars in a hushed voice. She’s in mid-conversation and it’s as natural to her as wearing piggy-tails. She’s thanking Him for the stars and for things I can’t quite hear. Those very stars are the star of one of her favorite songs. They are real. And now she knows. The little star twinkling is twinkling just for her and she is grateful, moved to near stillness and the only fitting response is to say thank you. “Thank you, God, for the stars in the sky.”

The world just got considerably bigger for my little one. And in that one moment, so did her understanding of the love of her God for her – just a little girl gazing wide-eyed on a porch one warm night in late summer.

Child-like faith. Gratitude. They are inseparable.

I laugh to myself and nod to my husband, a witness of the event, thinking, “Does it really matter how she says ‘banana,’ when her heart speaks perfectly?” 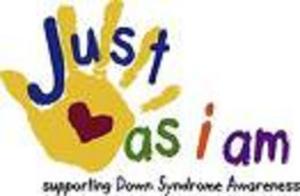